Sooooo, this newborn thing doesn't leave a lot of time for blogging. Kudos to all the mums that have been able to keep it up!

I have made a (loose) commitment to blog at least once a month but have created a twitter account for anyone that would like to follow along (and see looooooots of pictures of the cutest baby in Australia, maybe even the world! Haha)

While I'm here, I'd better leave a quick update :)

Our boy is now 8 weeks, 1 day old! He's still a very good boy, but has more 'personality' these days ;) He loves his baths and showers. 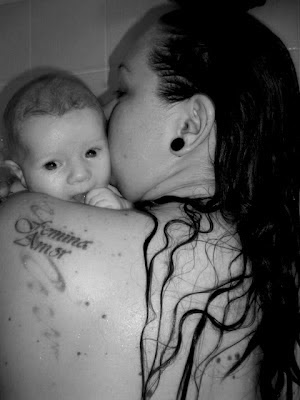 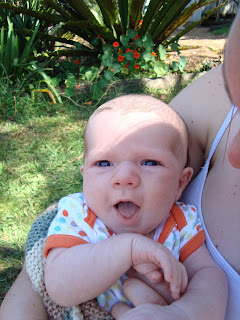 What else? Hmmm. There's so much more but I'm drawing a blank! 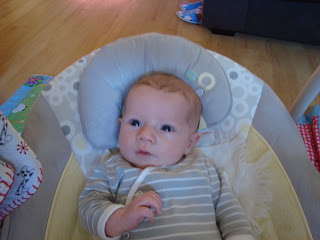 Promise I'll try to blog more regularly, in the mean time don't forget to follow us in twitter!!
Posted by 2aussiemammas at 21:02