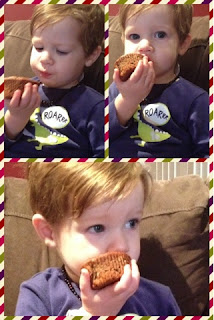 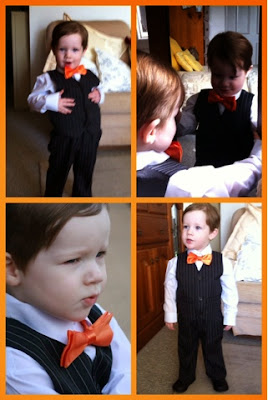 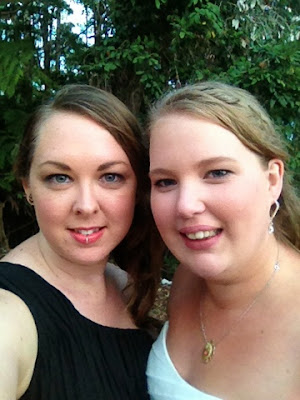 Before Elijah was born, people would always ask what Elijah would call Jo and myself, which prompted us to decide pretty early on that Jo would be Mum and I would be Mummy, until he could make  up his own mind. We get mixed up, and so do other people, and as Elijah has been taking his time in the talking department, it's only now that we're getting an indication of what he might like to call us. He has taken to calling Jo Mum and me Mamma, although it's sometimes Mum or Mumum or Mummy and we're totally interchangeable haha.

I like being his Mamma/Mummy. It's a privilege and an honour and no matter how challenging it can be it's the most amazing thing I could ever be.

Sometimes though, I don't feel like the best Mamma I could be. Like when I just need to pee alone or eat my lunch without a small person using me as a jungle gym and I do what we all promise we won't, and use the tv as a sitter. Or the times I'm short on patience from being up since 4am five days in a row and find myself less patient than he deserves. Or the times I growl at my precious boy because being hit in the head with a book sixteen times really wears me down. Or the days where I stare at my phone instead of watching him play...

I've become complacent, I've started taking him for granted and it doesn't feel great. But, I've decided that instead of beating myself up for the things that most of us do (We all do that stuff right?) I'm going to redirect that yucky energy to motivation to take a step back, realize what an amazing gift my Elijah is and do something about it. I will try and be more patient, I will put down my phone, I will drink in his giggles and hugs and those awfully sloppy kisses, I will learn to duck books (and other flying objects) and I will create more memories with my darling boy.

Today, I made a start. We went into the back yard to play in the dirt, and throw the ball for our pup. We had a great time. Elijah helped me weed the small garden beds where we got our hands grubby and found a snail! I picked it up and managed to hold his attention long enough for him to watch Mr Snail slooooooowly come out of his shell. The look on his face was delightful. It was wonderful to just be in the moment and see the wonder on his face as he experienced a snail for the first time. Maybe next time we will dig up some worms! 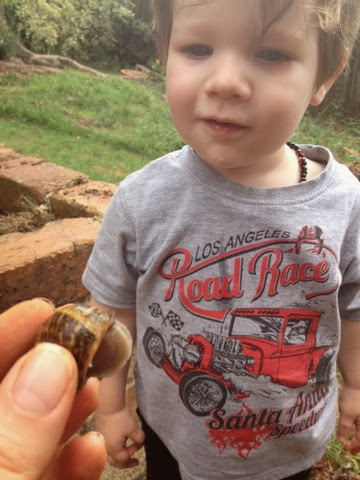 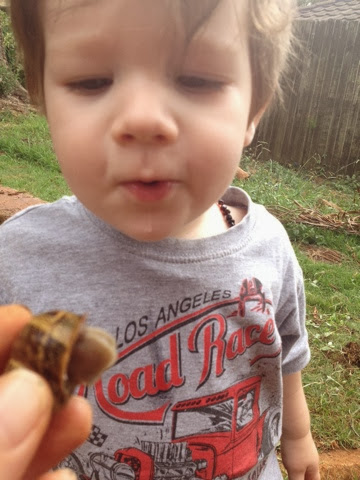 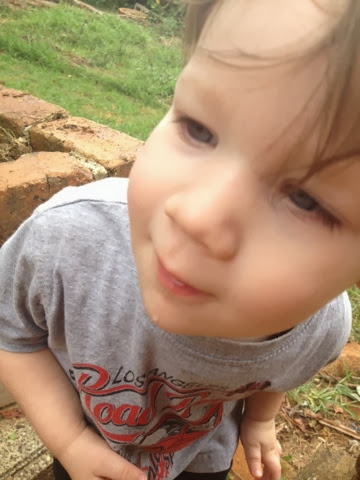 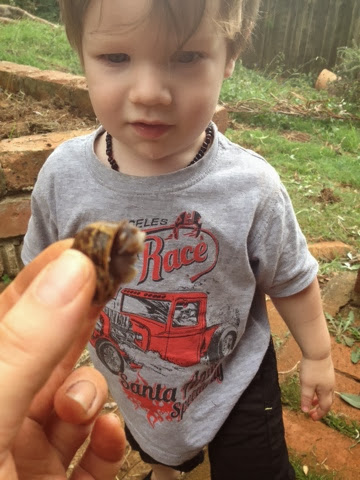 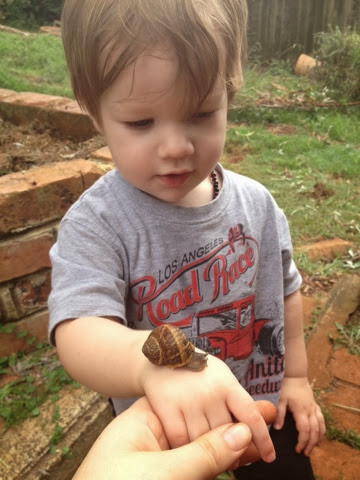 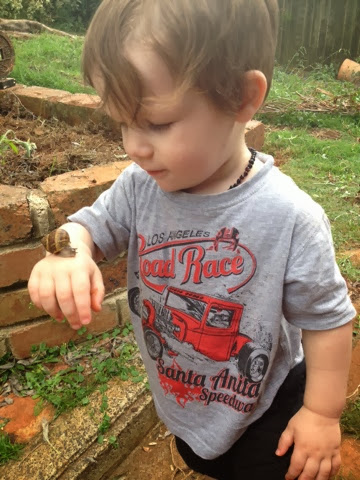 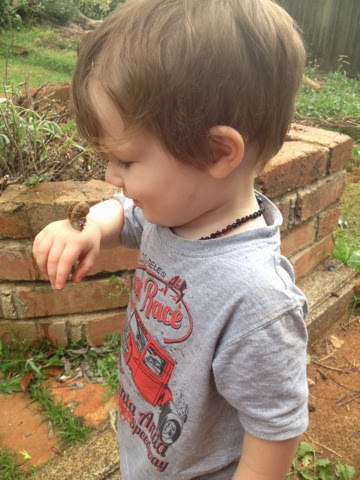 No snails were harmed during the creation of this post. All hands were washed thoroughly ;)
Posted by 2aussiemammas at 13:52 5 comments:

Its been about 5 months since my last post. Life got busy, I kept putting it off, the more I put it off the more I worried about what I would write about and then I'd procrastinate more :/


After some advice from my friends over at My Two Mums, I decided to just jump back in!


So, without further adieu, I present to you the first post of 2014!


Yesterday was going to have an interesting start, I knew that before the day began... The plan was to drop Elijah at Daycare, come home and collect Lilah, the family dog, drop her at the vet for de-sexing and get myself to TAFE for a dat of first aid training.

I dropped Elijah at Daycare with no issue, I got a lovely kiss and a wave and set off home to collect Lilah.

I arrived home to find one muddy pooch. It had been raining and she had been digging in our lovely rich red soil :| I managed to get her into the back of my car with a lovely trail of footprints through the house and only a little on myself. We arrive at the vet on schedule and I think to myself 'yeah, you can do this! Suck on that anxiety!' (Note: my anxiety levels have been great, but straying from routine can set it off for me) I take her in and she pees, of course... Then the vet says to me "Jo called, you need to collect your son from daycare" - my head spins, how does she know, what's happened, oh my god what.has.happened!?

I get in my car and there are missed calls from Jo and the daycare... I listen to the calls from daycare first, I can hear him screaming and I hear the daycare lady say something about hitting his head and that he needs to see a Dr.

Jo calls, she knows as much as I do. I tell her to call daycare and say I'm coming, I ask her to call TAFE so they know I'm not coming and I head to daycare.  The longest ten minutes of my life...

I walk in and I see... Elijah playing... Yep. Happily playing. With an egg the size of god-knows-what in his forehead. Big sigh of relief there!
﻿
﻿
﻿


Our Dr gave the all clear and we spent the day at home, playing quietly.


I can't help but imagine if he had hit his head just a little harder, he was SO close to breaking the skin, and could have easily gotten concussion. We are so lucky!

Silent Sunday ~ Because who needs a proper blog post? ;) 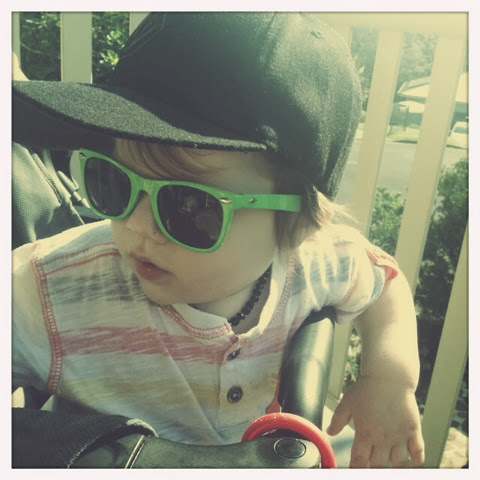 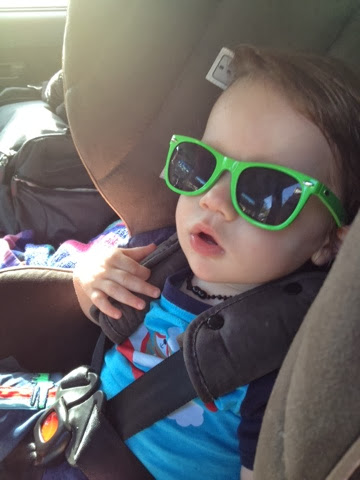 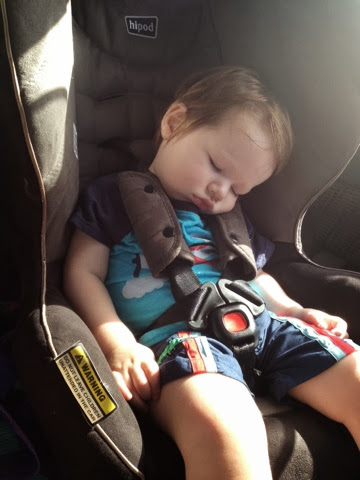 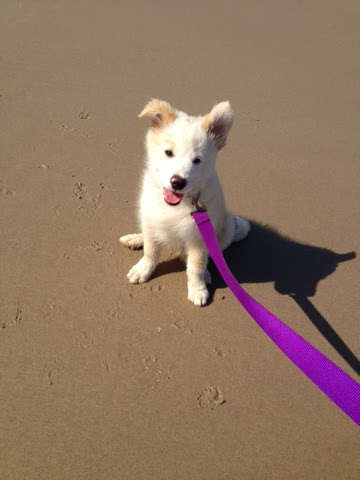 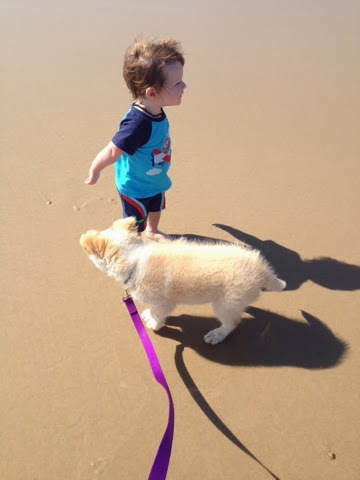 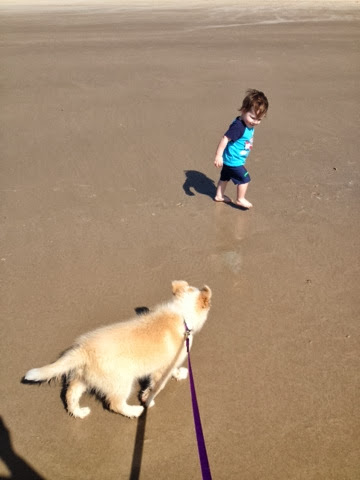 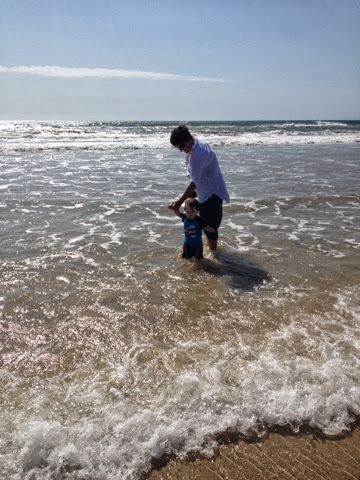 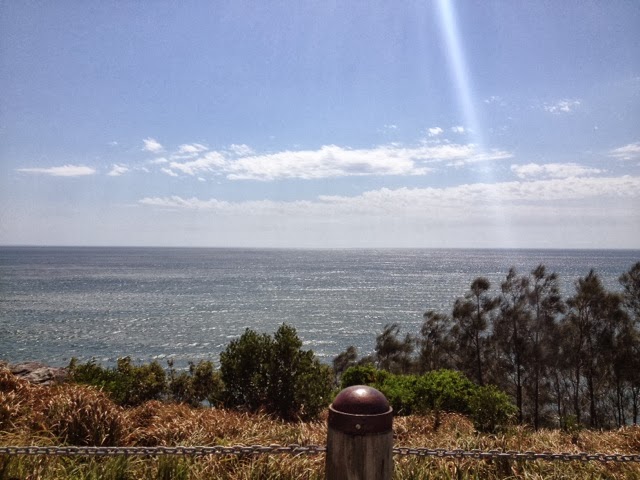 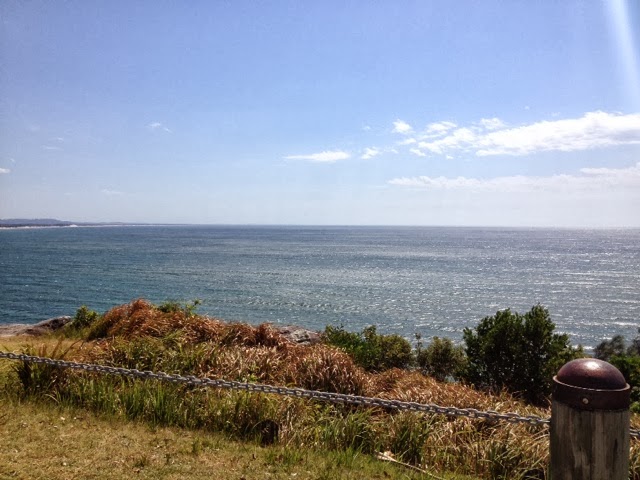 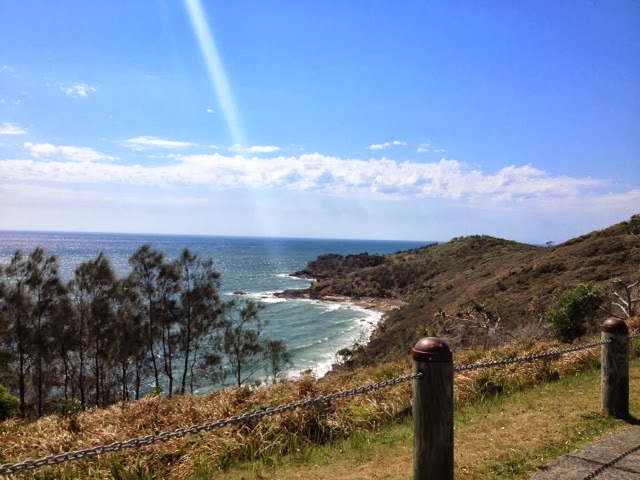 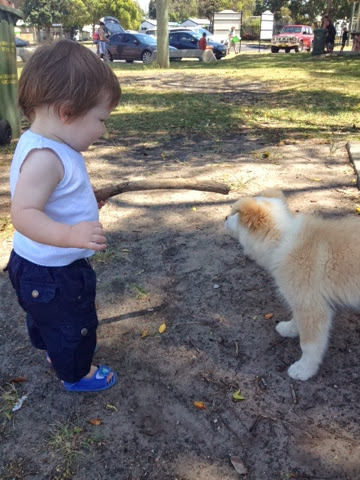 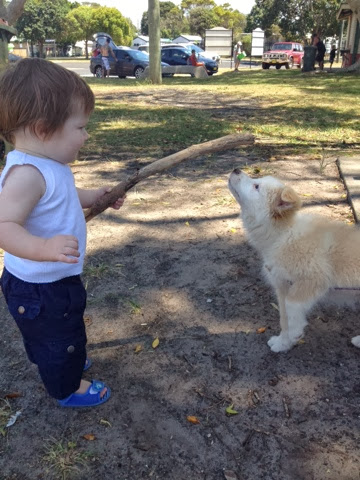 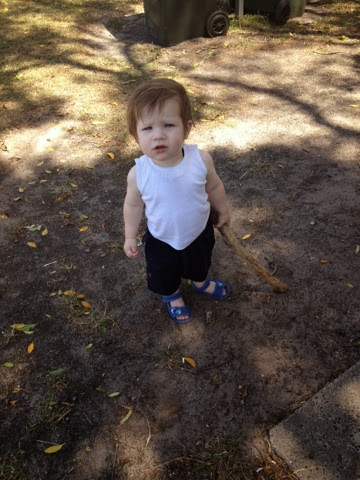 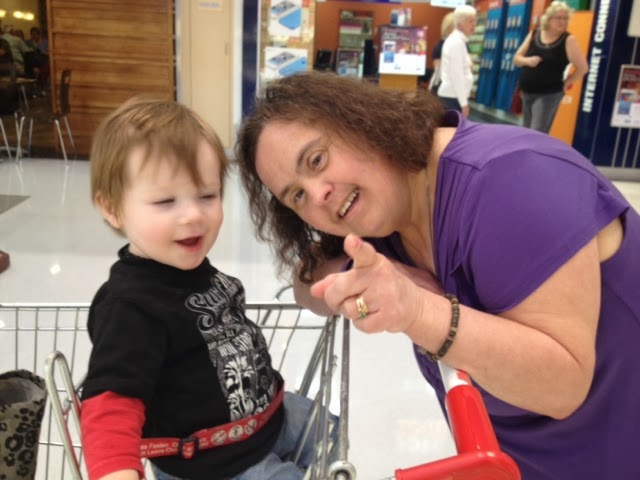 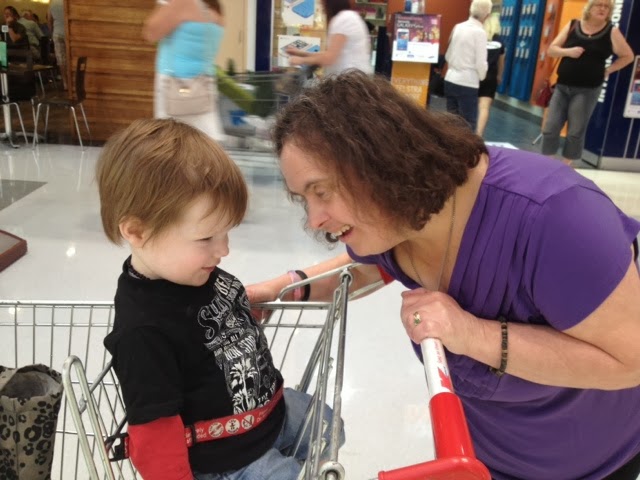 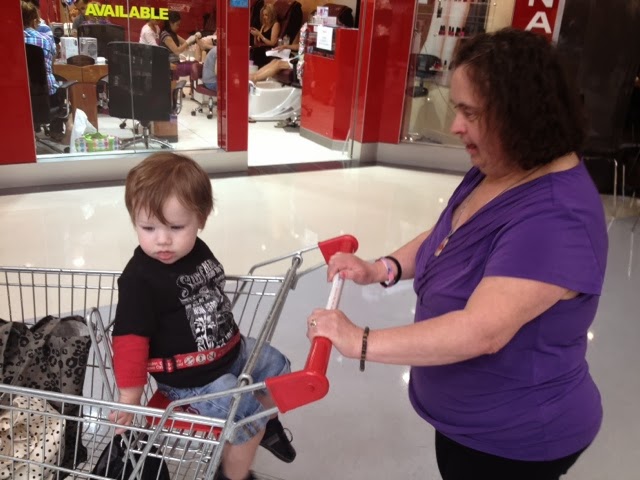 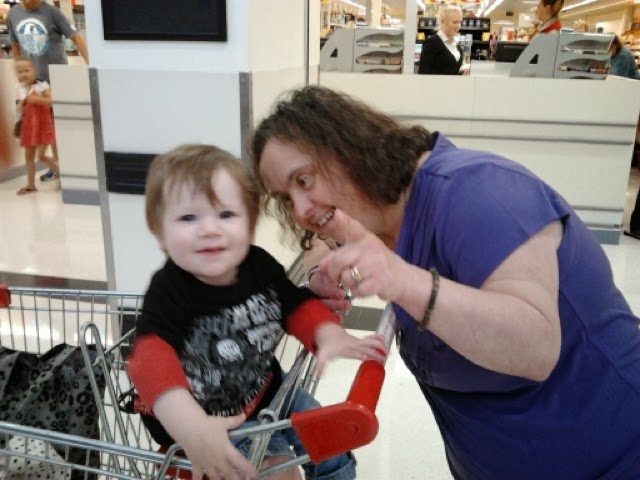 Posted by 2aussiemammas at 13:06 No comments: 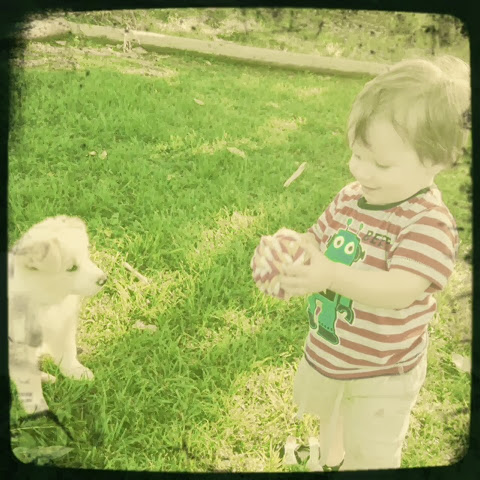 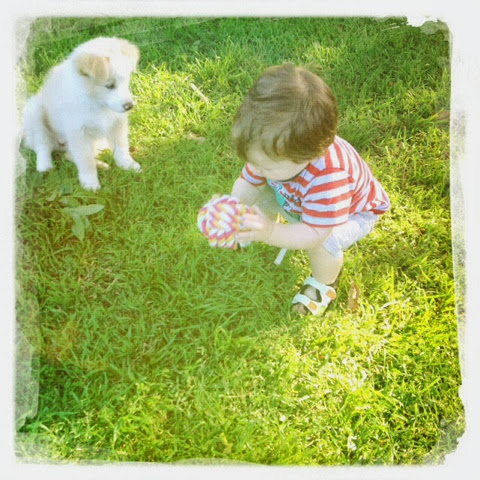 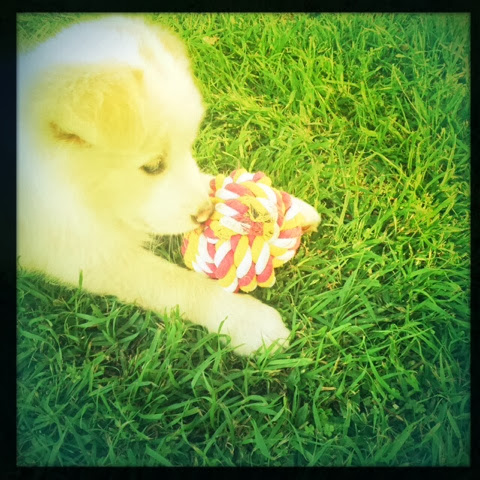