This week has been interesting...

Poor bubba is teething (not so much actually cutting teeth as just being in pain from sore gummies) this equates to a very grumbly baby and two tired mums, J more so than me, because she's the milky mum and is the one that has been up at all hours with him.

It's so hard to watch our little one in pain :( We have tried teething toys (which work, but as he can't hold them himself very well, they're not really that effective), he prefers his hands or ours to much down on (it hurts too! He's got some jaw strength!) We finally resorted to baby Panadol the other day, which gave him some relief. We don't like the thought of too much medication, but a little to take the edge off did the trick.

When he's not in pain, he's still the happy, grinny boy we know and love =D and just as clever as ever! Learning new things every day. He's become fascinate by his own hands and splashing around in the bath is his new favourite thing to do.

This week, I'm most proud that he is big and strong enough to sit up in his bumbo chair - look at him!!! 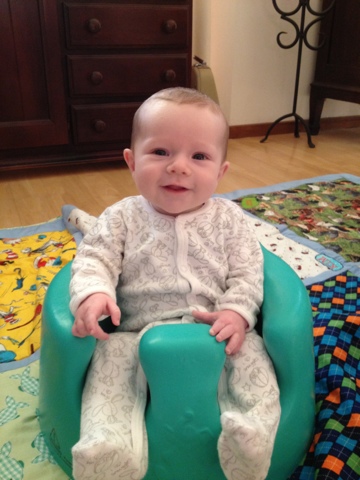 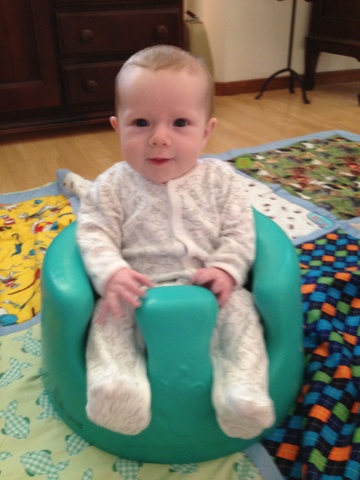