Since I last checked in there have been two major developments in our little world.

Do you want the good news or the bad news first?

We have had to stop breast feeding, well, J has... I've had to be pretty useless throughout the whole process.

J got her first period since falling pregnant about a month ago, which affected her milk supply and also appeared to affect what milk there was as Elijah became disinterested... Not long after that J and Elijah were unwell - which made it very hard for Elijah to feed and seemed to affect her milk supply even further. We decided to supplement feed (one bottle a day to begin with) because we were concerned he wasn't getting what he needed.

Long story short, her milk supply is pretty much gone and we have had to move to formula. 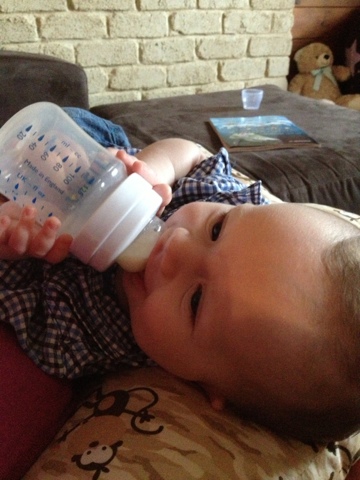 And on to the good news! Elijah rolled over! Clever little guy, he is. I'm so proud of our little man :D

I missed his first roll, which sucks big-time. I had a little teary when J told me but that night, she showed me a video and explained that she kind of missed it too - they were at play group and he decided to do it just as J turned to talk to another mum, cheeky little boy!

Since then, he has not stopped! The morning starts with his usual play mat time which is now 'roll over and get the shits because I can't roll back' time hehe 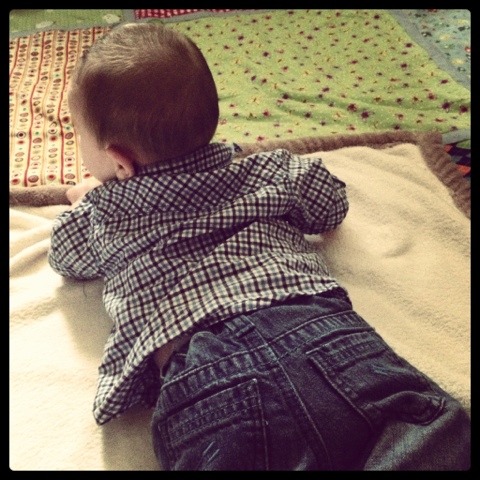