My fellow blogger at gaybyjourney
has nominated 2aussiemammas
for a Liebster Blog Award! 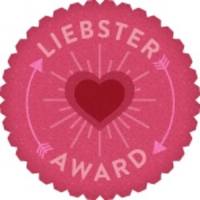 The Liebster Blog Award is given
to up and coming bloggers who
have less than 200 followers.
“Liebster” is German for “favorite.”

Here are the rules of the award:


2. I’m the eldest of four children, which I think is the closest thing to being a mother you can be.


3. When I was young and silly, I fell pregnant with twins – I lost them both and a fallopian tube in the process. They would be 10 this year.


4. I am very afraid of submarines; even just images of them make me go tight in the chest.


6. I wake up every day full of gratitude, which is a far cry from who I used to be


7. I procrastinate way too much – which I find equally annoying as my wife does ;)


8. I have no contact with either of my parents.


9. I was raised by my Grandmother.


10. I have a dog named Thor, a cat named Sid, a canary named Bird and an axolotl named Gully.


11. I have a massive issue saying the “L” word, especially to those I love the most,  although sometimes I’m so full of love I feel as though I could burst!


1. If you could change one event in history what would it be?


2. When was the last time you cried?


3. What is the most adventurous thing you’ve ever done?


4. What do you consider the three biggest drawbacks of your personality?


5. What do you consider the three biggest positives of your personality?


6. What was your relationship like with your parents when you were growing up?


7.  What movie could you watch over and over?


9. Have you ever had a supernatural or psychic experience?


10.What is your view on the death penalty?