Well this last week has been... interesting...

I'm happy to report that in spite of the hormones flying madly about the place, my face is still attached to my head and I'm still doing my best to make my darling happy, fed and comfortable (even if it is from the inside of a shark cage lol) Which is pretty hard when I'm PMSing like a bitch also - oh the joys of having two uteruses/uteri? In one house hehehe

Jo has been feeling a little better in the morning (all-fucking-day-mainly-in-the-afternoon) sickness department though, which is a relief - more for her than myself I'll admit. It's been so nice to see her enjoy eating a little more.

Oh! and we told some more people :D we told her mum and dad first on Christmas eve and then drove around to my Grandparents and told them, the reactions were fantastic!!! We also told another couple, which was hard because one of them has recently found out that she has to have more operations that will mean she will not be able to bear children... It was hard to tell them but we were sensitive and they were gracious.

Onwards and upwards: we are 11 weeks on Wednesday and then a week later we get our next scan SOOOO EXCITED! This time it will look like a BABY! 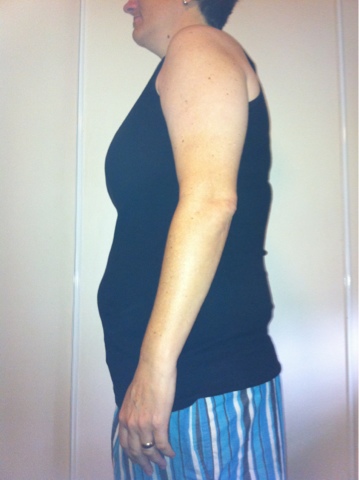